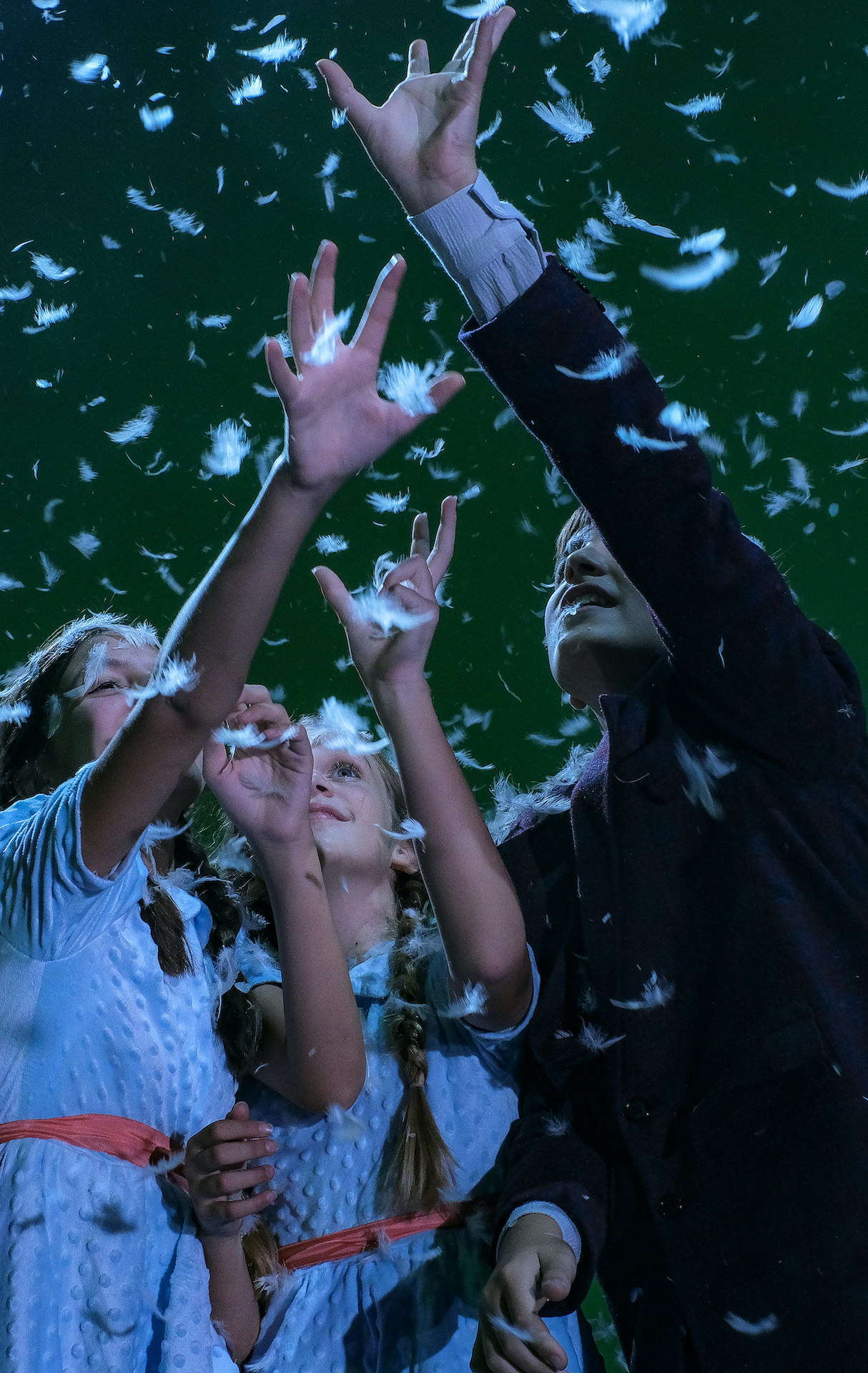 This season 2021/22 the Greek National Opera presents a new ambitious opera production for the whole family.

The Magic Pillows, Eugene Trivizas’ multi-awarded book that was turned into an opera with music by George Dousis and a libretto by Eugene Trivizas himself.

The famous, much-translated and award-winning story by Eugene Trivizas, after a long career in print and on stage, is adapted by the author himself for the first time into an opera for the whole family. The music of George Dousis, rich in emotions, wanders enjoyably through the stunning palace, the poor schools and the dark emerald mines of Delightland, breathing life into a collection of unforgettable characters, while the staging of Natasha Triantafylli reaches for the poetic kernel and liberating force of this redemptive, inexhaustible classic story.

With a small instrumental ensemble, a vocal ensemble and the GNO Children’s Chorus conducted by Konstantina Pitsiakou. Tina Tzoka designed the atmospheric set and Ioanna Tsami the colourful costumes. Movement is by Dimitra Mitropoulou and the spectacular lighting design by George Tellos.